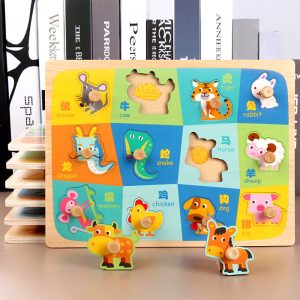 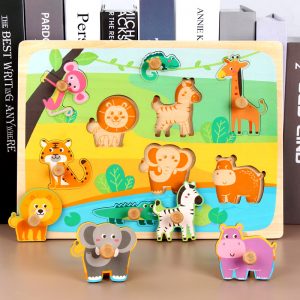 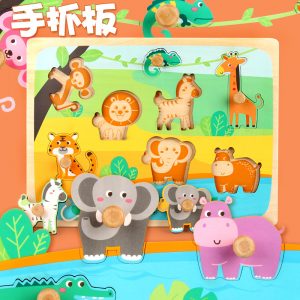 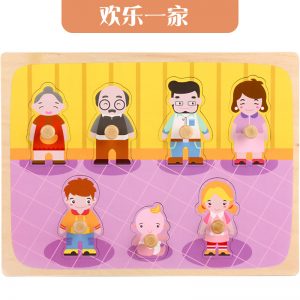 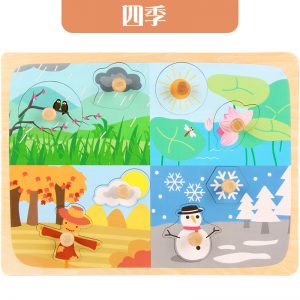 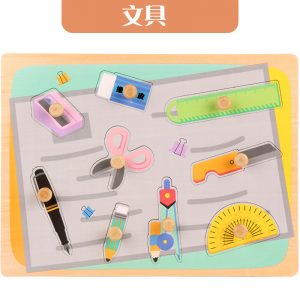 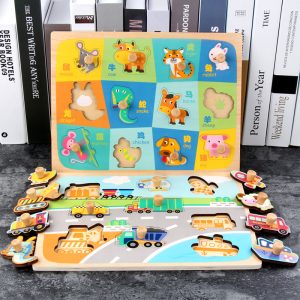 Puzzle pieces
There are various ways to cut the splice line of the puzzle pieces. Mainstream puzzles use a zero piece edge style called “fully interlocking”. “Comprehensive interlocking” is to connect several adjacent pieces together. If one piece is moved horizontally, all connected pieces will slide in the same direction without being separated. Sometimes, the pieces are put together so tightly that they won’t fall apart even when you pick up the whole piece.
A closer look at the joining of puzzles
The interlocking of the pieces is usually achieved by the protrusions and depressions of the edges of the pieces. This splicing method is similar to the “mortise and tenon joint” in furniture production. The main body of the zero piece is a rectangle of the same size and form. Assuming that the two adjacent zero pieces on the left and right are respectively A and B, if the right edge of piece A has a protrusion A extending to the right, then the left edge of piece B must have a shape and shape. The recess B where A fits, and in order to lock A and B together, the end of the protrusion A is required to be wider than the end connected to the edge of the nail. This type of protrusion with a wide front and a narrow rear is called a dovetail in the traditional woodworking process. We might as well call the protrusions and depressions of the puzzle pieces as “tenon” and “mao-eye”. However, if a dovetail tenon with a sharp point is made on cardboard, it is easy to peel and damage the pieces. Therefore, the tenon and the mortise in the puzzle are mostly round.
In some puzzles (probably the most common one), the shapes of all the pieces are exactly the same. Each piece has two axially symmetrical two tenons and two joints, and the axes of the tenon joints cross, and the overall shape is ” “卄” font. In this way, zero pieces and zero pieces are always criss-crossed. In some jigsaw puzzles, the structure of the tenon and tenon of each piece is different from each other, but usually the main body of the piece is also quadrilateral, with a tenon or a mortise on each of the four sides.
Non-interlocking puzzles generally divide the zero pieces by intersecting curves of various shapes, and the edge of the zero piece is also a section of the curve. In fact, the puzzle of this mode is relatively simple, because the matching of zero pieces and zero pieces is mostly fixed, and it is easy to find adjacent pieces according to the curve shape of the edge. It’s just that players are required to be calm when putting together this kind of puzzle, otherwise it is easy to mess up the assembled parts if they miss.
Interlocking puzzles with the same shape of the pieces are considered to be the most difficult one, especially those with softer colors and small pattern contrast, because there are often only very subtle differences between the pieces and the pieces.
Occasionally, there will be some puzzles with very peculiar layouts, which can bring more fun to the players.
The overall picture frame of the puzzle is the most common rectangle, and the frame of the picture is either a straight line or a regular decorative curve. In this type of puzzle, there are always some pieces that either lack a mortise and tenon on one side, or have a right angle. The player can easily put the frame out, so when assembling, they often start from the corner first. Of course, there are also some puzzles that deliberately make the corner pieces also look like tenon and tenon to make the game more challenging. There are also some more childlike creativity, the outline of the whole puzzle is made into small animals or other cute shapes. Because the contour lines are more tortuous and long, there are more pieces on the edge than square puzzles, making it easier to assemble. Of course, this type of puzzle is more suitable for younger players.
In recent years, computers and computer-controlled laser and water pressure cutting equipment have also been used in the design and production of puzzles. The use of new technologies has made the interlocking mechanism and piece styles of puzzles more sophisticated, and novelties have emerged one after another. 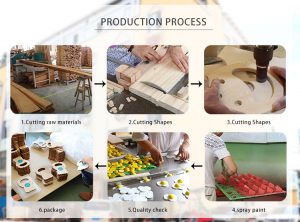